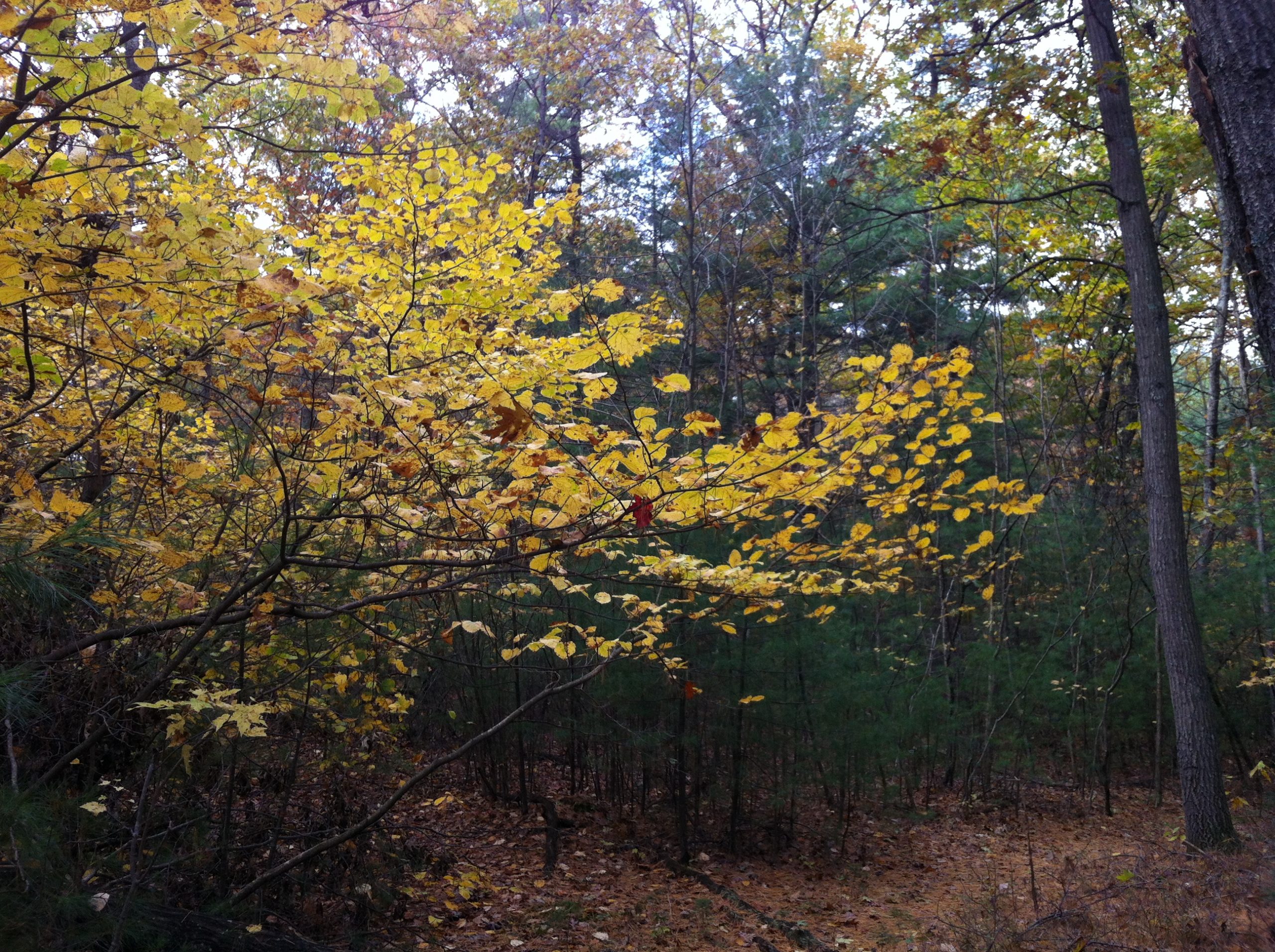 Upon moving to Harmony Farm, I bought guides for identifying the land’s wild vegetation. During rambles over fields and through woods, I became familiar with the green world living there. I learned the names of many species and, over time, their medicinal uses.

When I first met Witch Hazel (Hamamelis virginiana), I was struck by her beauty and the timing of her flowering. During October her leaves turned vibrant yellow and the woods grew awash with her brilliant color. Then, as fall progressed, she dropped her leaves to display delicate yellow flowers along her boughs.

As time moved on, I learned the rhythms of Harmony Farm’s year and lived the cycles of her seasons. I looked forward to Witch Hazel’s burst of glory occurring while the land prepared to enter winter’s hibernation. This happened around Halloween in Medfield, MA.

Witch Hazel’s tendency to flower during late fall, even into early winter, endeared her to me. By bursting into flower at the end of a cycle, I felt reassured that my elder years could be a time of blossoming and spiritual growth.

Our move to Fox Hill Village took place during early January. Looking out the window one late February morning, a brilliantly flowering shrub caught my eye. Due to its yellow blossoms, I assumed the shrub to be forsythia and bemoaned the effects of global warming, for forsythia usually blooms in early spring. A fellow resident corrected my misconception, identifying the flowers as belonging to Witch Hazel. At first I refused to believe him, but further investigation revealed this Witch Hazel to be an oriental variety that blooms in the midst of winter. 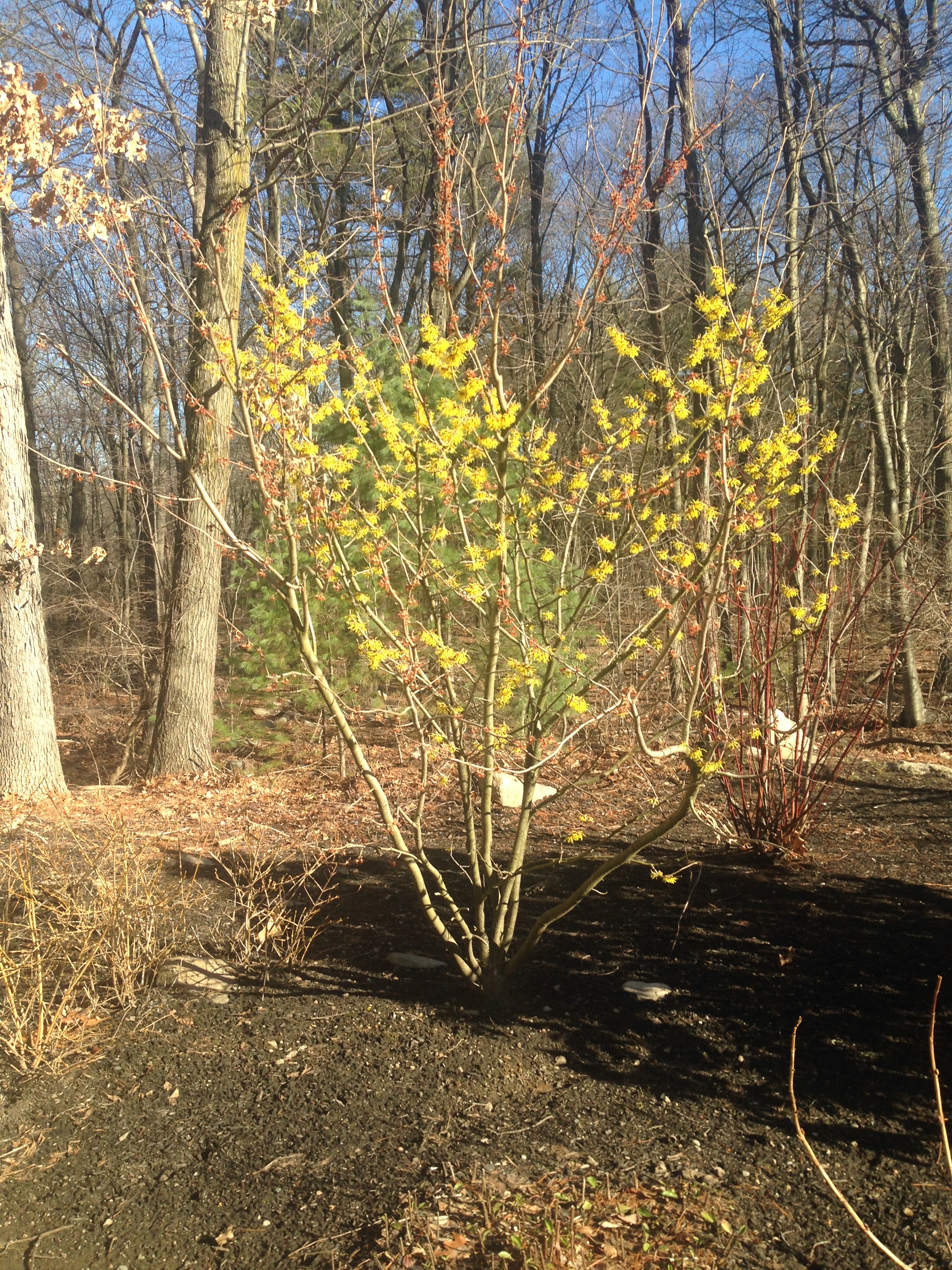 Having moved into our new home, I began acquainting myself with Fox Hill’s woods. As I rambled around this new territory, I discovered native Witch Hazel growing here too. Recognizing an old friend, I watched as she sprouted leaves in spring and when summer moved into fall, I eagerly anticipated her time of blossoming.

Her leaves turned yellow and still cling to her limbs. As I take my walk each day, I now study her closely, searching for signs of flowers yet to come.

Halloween nears and this will be my first time participating in Fox Hill’s yearly celebration, a costume party. I decided to adorn myself in Witch Hazel garb – her leaves and, hopefully, flowers too.

As I celebrate beginning the last phase of life, I look forward to my own blossoming. I eagerly anticipate a season of spiritual growth and flowering. 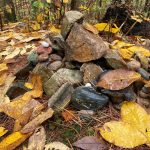 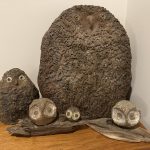 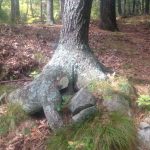 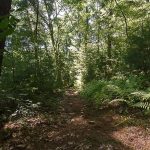 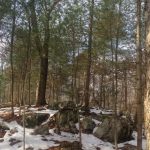